New Evidence that Drinking Alcohol is Good for Your Brain 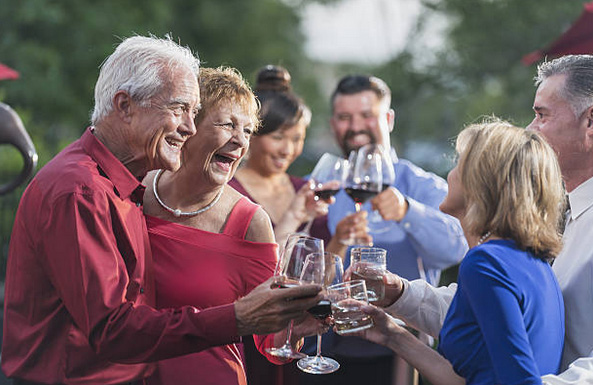 You’ve probably heard that drinking moderate amounts of alcohol may be good for your heart. And now, a large, long-term study that followed nearly 1,400 older adults for 29 years just revealed its results. It appears that moderate-to-heavy consumption of alcohol can help you live longer and with a sharper brain than if you never drink at all.

Sharp to their 85th Year

Researchers conducted cognitive assessments on the study participants every four years. The results of their study focus on men and women who made it to their 85th birthday. About 88 percent of the group surveyed reported that they drank at least some alcohol. Half of that group drank moderate amounts. Moderate drinking is defined as no more than two glasses a day for men and one for women. A little less than half of the drinkers enjoyed an alcoholic beverage nearly every day.

The participants who drank “near daily” had significantly higher odds of successful cognitive aging than those who didn’t drink at all. They even showed better cognitive longevity than nondrinkers when scientists accounted for diet, exercise, education and tobacco use. The authors of the study point out that excessive drinking, such as chronic, binge-type drinking of more than four drinks a day, has negative impacts on health. But a regular, moderate intake of alcohol appears to play a role in maintaining a healthy brain as we age.

This study was funded in part by the National Institute on Aging, and it was conducted on white, middle-class Americans. It’s not known if drinkers from different ethnic or economic groups would experience the same or similar benefits.

In Contrast with Another Study’s Findings

This study seems to have found the opposite of a recent grim study out of Norway that said regular drinking is linked to an increased risk of dementia compared to drinking only now and then. However, it appears that the Norway study focused on drinkers with a different consumption pattern than the one described in this article. Rather than imbibing one or two drinks a day, the Norway study participants drank five or more drinks in a 14-day period. It’s not clear how the study participants distributed those drinks over their two weeks. For example, maybe those five drinks were consumed as part of a weekend binge. And as we know, binge drinking has adverse health effects.

Researchers don’t know why they see this protective effect on the brain from moderate alcohol intake. Perhaps it helps to promote optimal vascular functioning in the brain, going hand-in-hand with the known heart-healthy benefits of sensible drinking. Alcohol also stimulates the release of a neurotransmitter called acetylcholine, which has a beneficial effect on learning and memory, the study authors say. They also theorize that it’s possible that drinking alcohol helps to reduce stress. Experiencing less stress may also help to preserve cognitive function.

Of course, if you don’t drink now, especially if you’ve quit drinking due to difficulties with alcohol abuse, don’t start. Alcohol can make certain health problems worse, and it can interfere with medications. While drinking moderate amounts of alcohol may impart some health benefits, alcohol use is responsible for 88,000 deaths every year in the United States alone. But if you do select to drink alcohol, it looks like consistent moderate drinking can help you to maintain your cognitive health throughout the years.

Looking for a Medical Alert System? Let Us Help You! 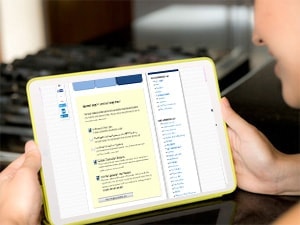 First, we recommend you to check our Top 3 Medical Alert Systems choice, but if you still not sure which service will work for you, we have created a simple tool to help you find the most relevant systems that matches your specific needs.

Please choose your preferences and hit the button below. Good luck!

Find Your Fit
Where are you looking for protection? 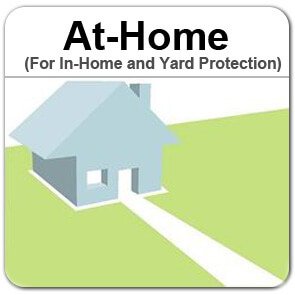 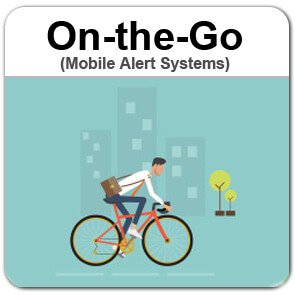 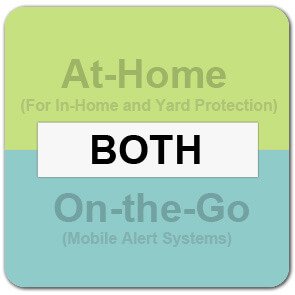 Get Your FREE Brochure & Quote! 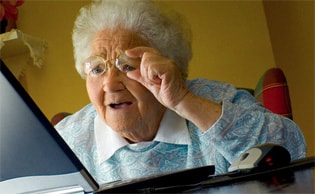 "Seems to me rating score is worthless. You give MediPendant Medical Alert Systems a 1 out of 10 and as far as I can tell your "Read review" link just takes to to MediPendant sales information. You d..." Read More »

"Great Call and its parent company, discriminate, lie, profile, make fake Ads on products like the New Great Call Lively Plus device which is 100% DEFECTIVE and can harm and injury you. It is on recall..." Read More »

"Totally concur that Great Call Mobile Lively Plus Medical Emergency device is a lousy and defective non working device and now it is on recall. Any device is better than Great Call's defective device...." Read More »